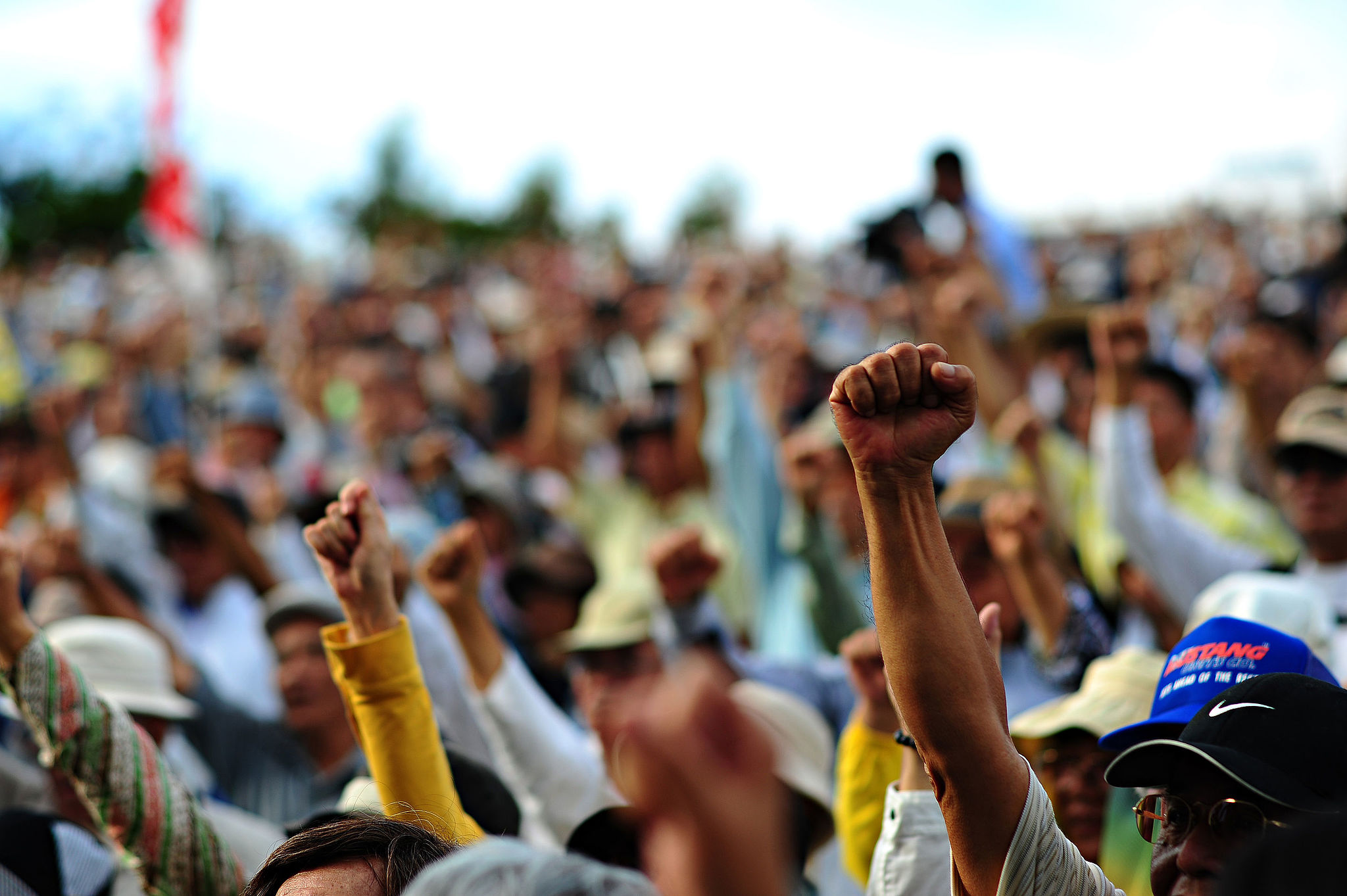 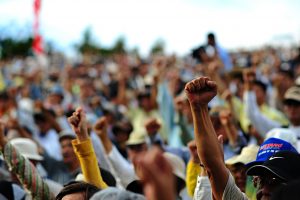 By Nathan Keirn from Kadena-Cho, Japan

As previously discussed, social media activism has completely changed the way movements are created and organized throughout the world. However, there is more to these online protests than the hashtags made in their names. Social media activism has also bridged a community of people that support each other based on their shared cause. Hashtagging is only the surface of campaigns, what lies beneath are the people united  by one goal. 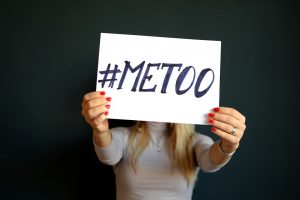 Despite what most people think the popular online movement #MeToo actually began in 2006 by social activist and community organizer Tarana Burke. However, it did not grow to such magnitude until eleven years later in 2017. This is when actress Alyssa Milano encouraged women to tweet out the hashtag. She was trying to create a sense of unity for women after the many allegations of sexual misconduct were reported about Hollywood producer Harvey Weinstein. There was a large amount of women affected personally by Weinstein and their coming out of sorts is what sparked #MeToo into the powerhouse campaign that it is today.  After the accounts against Weinstein, other men were thrusted into the spotlight for less than admirable behavior. Male celebrities like James Franco, and Louis C.K. were held accountable for their actions against women and ostracized in the Hollywood community. Female celebrities such as Uma Thurman, Ashley Judd, Jenifer Lawrence and more stepped forward to talk about their experience with sexual harassment and assault using #MeToo, thus creating a trend that spread worldwide. 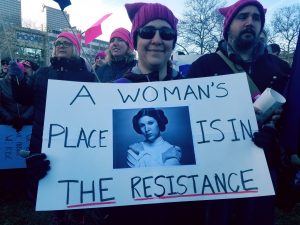 #MeToo was not created only for actors and actresses. The campaign was constructed as a way to fight against sexual harassment towards women. When a woman tweets the hashtag  she is signifying that she too has suffered from sexual misconduct at some point in her life. This is meant not to alienate the woman speaking, but to empower her because she knows that there are millions of others worldwide who have gone through the same thing she has. On the front page of #MeToo’s website it says “You are not alone.” This has been the general theme of the movement since its inception. What the group truly aims to do is help women overcome their horrendous experiences by banning together and becoming a unit. As time progressed #MeToo contributed to other organized protests as well. Many of the women who participated online came out in January to walk in the Women’s March. The Women’s March is a huge protest that advocates legislation for civil rights, specifically women’s rights across the globe. Organizers from #MeToo and other anti-sexual assault movements like Time’s Up, were on the front lines of the march. #MeToo has impacted so many lives over the past year. It has given a new hope for women who have felt lost due to their past. Additionally, the campaign has created a foundation of support for those who previously had none.

#MeToo is an organization that was built on pure intentions, meant only to spread love and support for survivors. However, not all social media activism is built on those same values. The group of hackers called Anonymous was designed to, in their terms, troll people online. Anonymous originated on the website 4Chan in the early 2000’s and since their birth they have taken down governments, religions, companies and people alike. Their purpose is to fight against online censorship, and retaliate against those who try to stop their movement in the ‘funniest’ way possible. Over the course of the last few years they have coined the phrase hacktivists as their brand. Hacktivism is the subversive use of computer networks to promote a political or social agenda. Together, the hackers involved with Anonymous, have transitioned social media activism from simple tweeting to massive online take downs in the name of a cause. 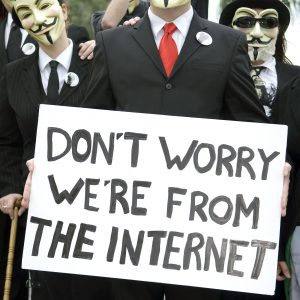 Among other things, Anonymous is responsible for the Project Chanology Attack in 2008. This was a direct strike against the Church of Scientology. The group believed that the religion was censoring information online and so they retaliated by Google bombing, linking the word Scientology to others words like cult or dangerous. This was to persuade people against the religion. They also posted a rebuttal video online in response to the propaganda one that was uploaded to YouTube, and it accumulated over 4.6 million views. In addition, the group issued federal attacks on the United States government in 2012 by seeking revenge on the FBI after it shut down the website MegaUpload. MegaUpload was a free content sharing site and when the FBI terminated it due to film and music pirating, Anonymous reacted by taking down Motion Picture Association of America and Recording Industry’s websites. However, one of the most incredible attacks made by Anonymous is the ISIS Website Attack of 2015. In this instance a group related to the Anonymous community, Ghost Sec, discontinued an ISIS propaganda website. They also spammed sites with “soothing” advertisements for Viagra and Prozac as a way to say that there was “too much ISIS” and that the group needed to find something else to calm them down. No matter what the organization is doing, it contributes humor to their assaults in order to annoy their victims. Many ISIS websites have moved to the deepest parts of the web due to government tracking; but despite their efforts they could not avoid Anonymous because the group has absolutely no jurisdiction. 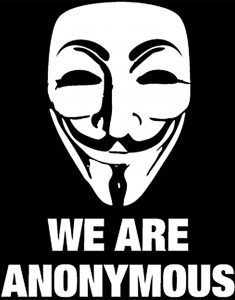 Regardless of what Anonymous’ intentions are and despite whether people believe they portray social media activism or cyber terrorism; they are a community that bans together. Nothing that they have accomplished could have been done by one person. Through Anonymous people have found a sense of belonging and meaning. They truly believe that they are contributing to the world in some way through these online attacks; And in spite of the world’s view of the group, they are here to stay. 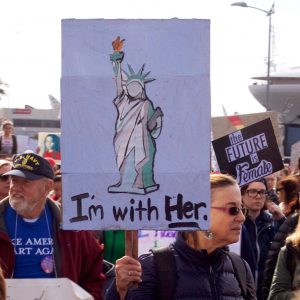 Social media activism is influenced by a number of different causes, and each one has their own community that supports it. People find meaning and companionship through these campaigns, and are heavily impacted by the outcome of them. Social media activism has done so much for society. Not only has it changed the way protests are being organized but it has also changed the way groups unite and interact with each other.

Is there a social media campaign that you are apart of? Let us know, or share on Facebook!