The Importance of Your Reputation Online

Some people say that “having a bad reputation is better than no reputation at all,” and while that might be true for certain areas of life, I can assure you that for the world of social media it is not. Social media, while a resourceful tool, is unforgiving if you act inappropriately on the web. There are many companies and people online that have had to retract statements and publicly apologize due to bad content. Some people have been ostracized from the web forever! If you don’t want this to happen to you, then here are three things that will help you have a good reputation online.

Stay Up-to-date on EVERYTHING

Whether you are interested in politics and pop culture or not, it is still important to constantly keep up with all things new. There are many who have fallen victim to misinformation in the past, which has negatively affected them and their follower number. For instance, the American fast-food franchise Wendy’s dealt with some heavy-duty backlash after posting a very innocent meme of Pepe the frog. For those who don’t know Pepe the frog, was a meme that started out as just a picture to post when you’re feeling down. However, in recent months Pepe has become a symbol for the Alt-Right movement; radical conservatives who believe in white supremacy.  Immediately after Wendy’s posted the meme, people flooded their comment section, asking how they could affiliate themselves with the movement. Wendy’s immediately had to retract and apologize for their ignorance on the matter. However, the company still lost a lot of followers. 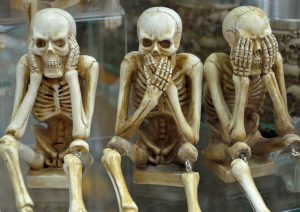 Get Rid of Skeletons in the Closet

If you partook in some inappropriate behavior during the earlier days of the internet, its best to do a full sweep of that content now. Whether you manage on your own or hire someone to do a more thorough job, it’s important that you get rid of any negative content that could be used against you. Take, for instance, the comedian Kevin Hart. He was recently under fire in the media for some old tweets that surfaced of him being against gay marriage. The tweets were from many many years ago, and the comedian says that his views have shifted since then, but it didn’t matter for the general public and he was fired from being the host at the Academy Awards this year. 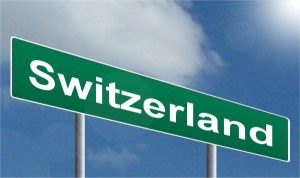 Stay Swiss as best as you can! It’s better to steer away from politics when posting for your company or even in your personal life. If you have particular views that you feel need to be broadcast, that’s fine, but make sure that you post in an appropriate manner. Writing offensive content, that disrespects any political view too much can result in loss of customers and a good reputation. Just by a rule of thumb, keep things neutral when it comes to your online activity.

If you want to succeed in the social media world, you have to have a good reputation online! There is no way to get around it, a bad reputation will definitely cause a loss in business and a huge loss in followership. Live by these three rules, and I’m sure your business will survive.

If you have any other ideas for maintaining a good reputation, let us know!