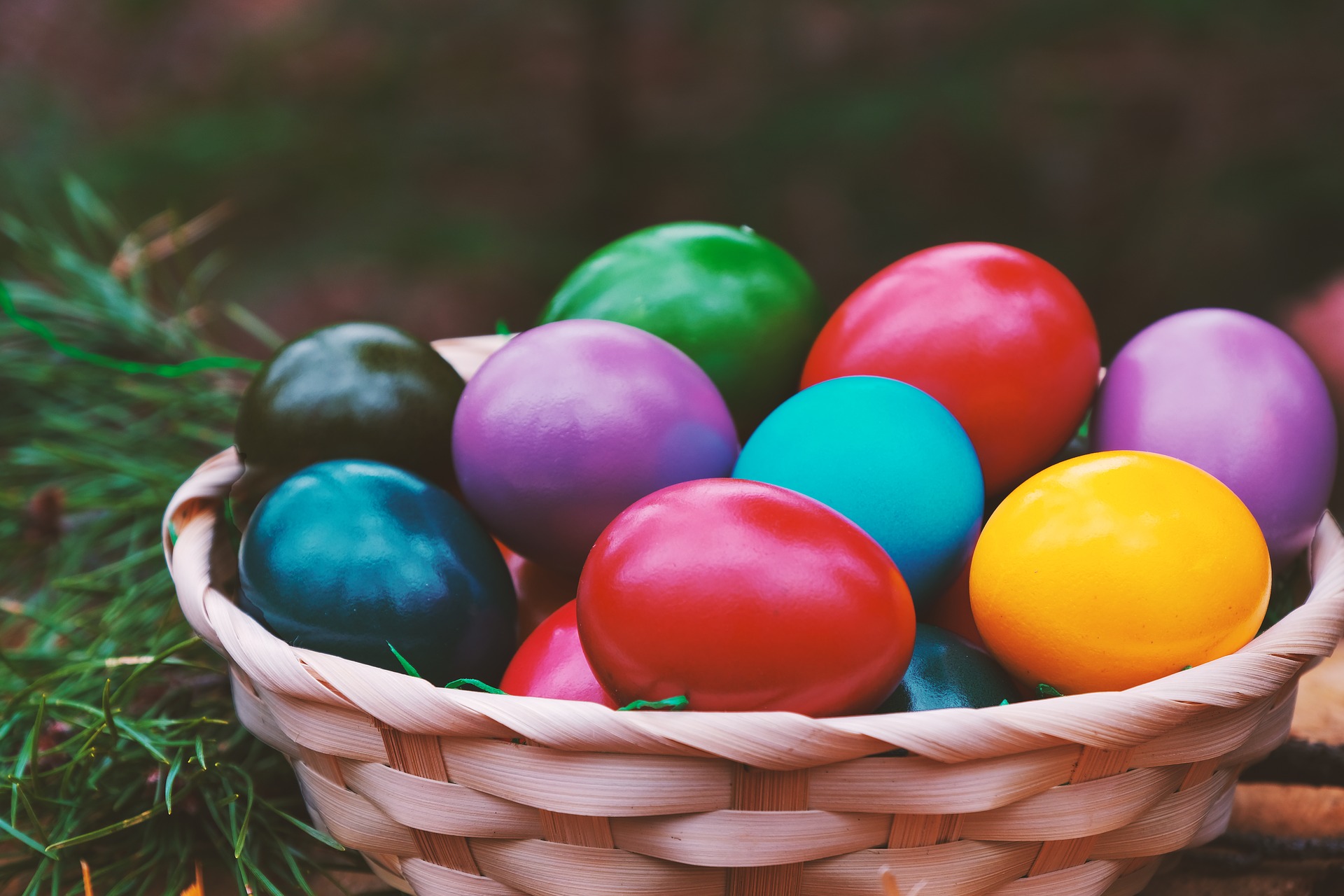 The majority of the population celebrates this holiday in both countries, but the traditions implemented vary greatly. Italy sticks to a more traditional approach while America focuses solely on the commercial aspect of Easter. Coming from the United States I’ve found that it’s very interesting to celebrate the religious holiday the way that the Italians do. From mass at the Vatican to cheap chocolate eggs this comparison of traditions between the two countries will prepare you for your first holiday away from your home country.

From an initial google search, one would assume that there is no such thing as the Easter Bunny in Italy, but as it turns out this American tradition is slowly but surely being implemented into the Italian culture. The Easter Bunny is a fictitious human-sized rabbit that brings chocolate treats and candy to good little boys and girls on the holiday. Although the original bunny was apart of a German folk tale, the credit for the commercialized bunny that we all know today can be given to the United States. Like Santa Claus the U.S.’ economy has benefited greatly from this fictional character, creating movies, TV shows, decorations and storybooks alike depicting the large animal. During the weeks leading up to Easter, Americans can travel to the mall and take pictures from a giant man in a bunny costume or decorate eggs in preparation. Italy, just beginning to use the character in their culture, doesn’t emphasize as much on the animal. They may have the egg hunts that American children are accustomed to, but the Easter Bunny is just a story something to focus on as the holiday approaches.

In the U.S., we have a way to describe lazy Catholics, they’re called “Lapsed Catholics.” Meaning they only go to mass on the two holiest days of the year, Christmas and Easter. While right-winged politicians proclaim that God is the reasoning for their ideologies most people in America rarely take going to mass very seriously. Italy is a little bit different in that sense. Mass is more of a serious matter in the country and people treat it differently than how they do in the States. I’m used to fun masses with lots of singing and involvement from the parishioners but in Rome it’s more solemn. One is there to worship and pray not have a good time and this is no different when it comes to Easter. Easter Sunday celebrated at the Vatican or any other church in Italy is usually more of a serious affair. In the United States, the Priest makes jokes, the Children come up and show their Easter drawings or crafts and by the end, everyone walks out in a good mood. While Easter mass in Italy still leaves you in a good mood, it is more peaceful than joyous. The churches are darker and the sermons maintain a serious tone, it’s hard to find a priest that will joke around with the entire congregation on Easter Easter Sunday mass in Italy.

Easter Monday is a national holiday in Italy, but to Americans, the term doesn’t even exist. Monday is simply known as “the day after Easter.” Nobody has off from work, children still have to go to school and nothing is closed down at all. In Italy, this is completely different. Seeing as Italians love their holidays, whole cities shut down for Easter Monday. In fact, most of the time children have off for the entire week.

First and foremost, Italians don’t have dinner on Easter Sunday, they have lunch. This is very different from American traditions. Most of the time people in the U.S. will have a small brunch in the morning and then a huge dinner in the evening. Also, the choice in meat varies between the two countries. Italians usually eat either lamb or goat for Easter lunch but for Americans, both dishes would seem quite bizarre. The lamb is a tad more accepted but eating goat would just be plain strange for the average person living in the U.S. For some reason Americans have a tendency to judge certain meats more than others which is a relatively uncommon trait for the people of Italy. So in turn, Italy lucks out with the better dishes for Easter while Americans settle for boring old chicken. Spending Easter in Italy is worth it for the food alone, so definitely book your plane tickets now!

Regardless of where you spend your holiday both countries will surely make the day special. Easter is celebrated in fabulous ways in both the United States and Italy so wherever you are you will enjoy yourself.

Do you have special Easter traditions let us know!