When Instagram released their new add-on IGTV people were thrilled with the idea. IGTV was created for users to make vertical, original content that could be 10-60 minutes long.  It was assumed that with their continued dominance over snapchat through Insta-stories (and now IGTV), Instagram would be the new ruling social media platform. However, it seems as though IGTV has failed just as quickly as it was launched and people are scratching their heads wondering why? Well here are some reasons why Instagram’s new longed for video feature is not working out: 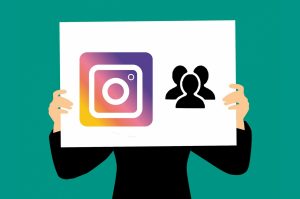 Repurposing Instead of Creating

It seems that the users of IGTV don’t exactly know what they’re doing in terms of producing content. Instagram designed IGTV to compete with Youtube, encouraging people to make important creative  videos that people will want to go out of their way to see. However, most of the IGTV creators use the platform as a way to upload videos that they would usually add to their Insta-stories. The purpose of Insta-stories is for users to upload silly little videos to let their followers know about their day or what’s coming up for their company/brand. To use IGTV in the same way as an Insta-story is a huge mistake! No one wants to see the same content twice, ESPECIALLY when the original idea behind IGTV was to make unique content. 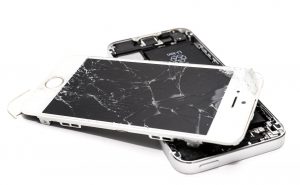 The feature has had a hard time from the very beginning with uploading and displaying content. Instagram CEO, Kevin Systrom had to push back the initial launch date due to some “technical difficulties,” and it’s only got worse from there. It is very difficult for people to upload videos onto the feature from their phones or computers (especially with Androids and other non-Apple products), which is probably an attempt to force users to create new content on the spot. However, considering that the feature is meant to surpass Insta-stories in terms of videos it should be easier for users to upload content that they have worked on over time, in order to ensure the best quality and most viewership. In addition to this, it is extremely unpleasant to watch IGTV on the computer. On a mobile phone the vertical screen is very nice, allowing watchers to get a full view of the video; but on the computer it shortens the screen and makes it rather irksome to watch.

Why Make It an App if It’s Already a Feature?

When Instagram presented this feature to their platform, they also released the IGTV app. Many users were unaware that there was a separate app available online and that is because of the emphasis of the feature on Instagram. Why make an app if it is obtainable on Instagram already? There is no need to have two and that is probably why the app itself is not doing very well. From the start there was a peak in downloads of the app and was rated #25 at the app store, however in the past few months it has had a dramatic decrease of 94% with only 70,000 downloads a day. It seems that people are losing interest in the app more than in the feature which is not looking good for Instagram.

Well these are just a few of the reasons why IGTV is not working out for Instagram and it seems that many more problems are on the rise. IGTV is very disappointing for users who were excited to participate in the new feature and app, and also for the companies hoping to advertise through the platform. Although Instagram initially released the app/feature to compete with other content sharing sites, Youtube does not have to worry about its users leaving them for IGTV anytime soon.

What do you think about IGTV? Let us know, and don’t forget to follow AlfaBeta Studio on Instagram here!